The goal of this project is to make a battery powered WiFi door or window sensor that is completely hidden from view.  On the market, we have seen several battery powered sensors, but all require a small box and magnet to be stuck the outside of the door where it can be visible.  We would like to emulate the look of a completely concealed wired door sensor, but still have wifi connectivity and battery power.

We have seen these type of door sensors that can fit in a 3/4" hole drilled in the door jamb for zigbee and insteon, but not WiFi

The project starts by using the ESP-01F ultra miniature wifi module.  At only 10x11x2mm it is a perfect module to hide in a door jamb.  To this module we added a hall effect sensor to detect a magnet and a battery boost circuit to power it from a 3V CR123A lithium battery. 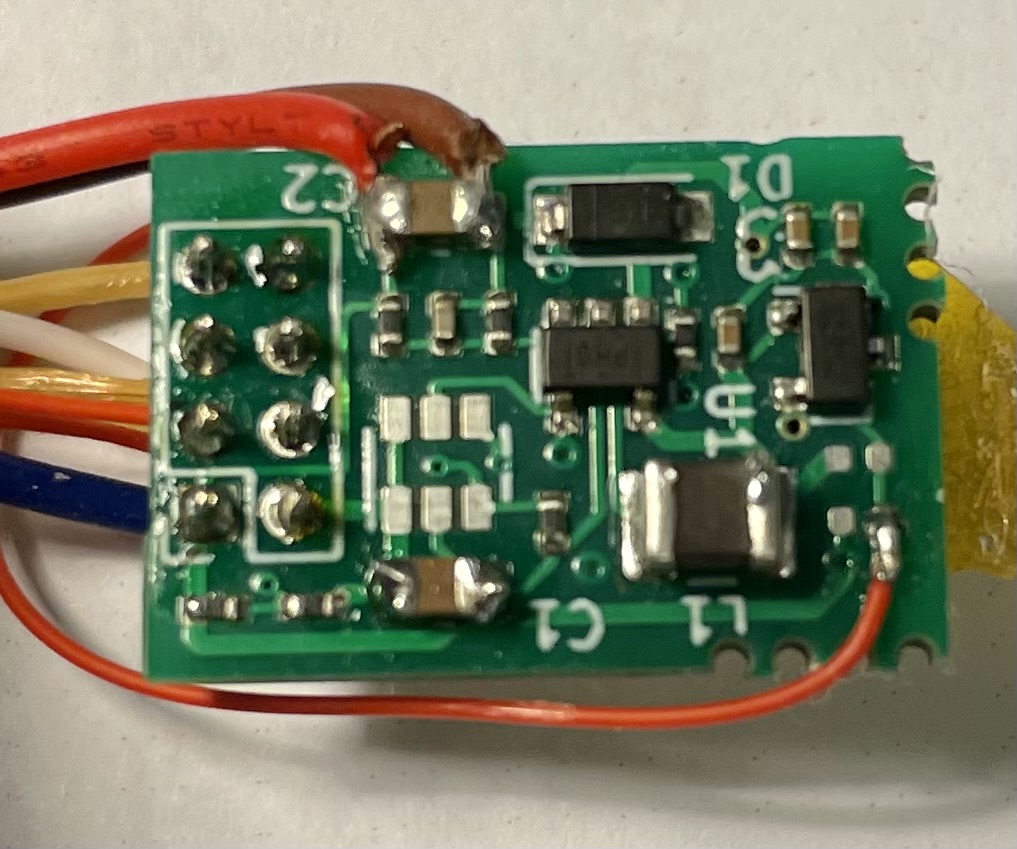 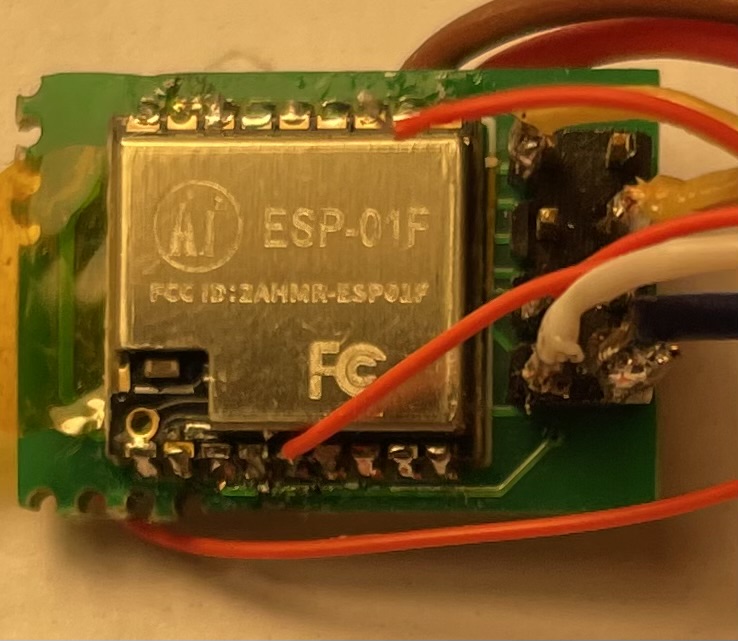 We plan on supporting at least two firmware builds on this board, ESPHome for Home Assistant and a custom firmware for MQTT and E-mail connectivity.

The device configuration under ESPHome is quite simple.

With this code the device will wake up every 2 minutes and send another open message.  Even this 2 minute wake up uses a good amount of battery, thus the completely shut down when the door is closed.

Under Home Assistant we then treat the device like a binary sensor that only sends an "ON" state (i.e., a PIR Motion Sensor)

The open message from the sensor is defined as the "on" payload and we also create an "off" payload (which is never actually sent by the door sensor).  Further, we add a timer to automatically set the state to the off value after 130 seconds (a little longer than the timeout of the updates from the door open wake up timer).  This way, every door open event will last about 2 minutes.

A hall effect sensor is used to turn off the power to the board when the door is closed. 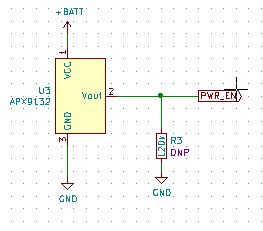 The battery is boosted to 3.3V via a TPS6104 device.  Unfortunately we made a small mistake here.  We were thinking when this device was disabled it would go to the sleep current in the datasheet.  However, there is a perfect leakage path between from the battery through L1 and D1.  Sure, when U1 is disabled the 3.3V is only about 2.7V,  but this is still plenty to turn the ESP8266 on. 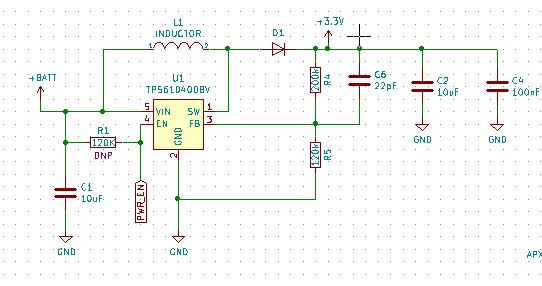 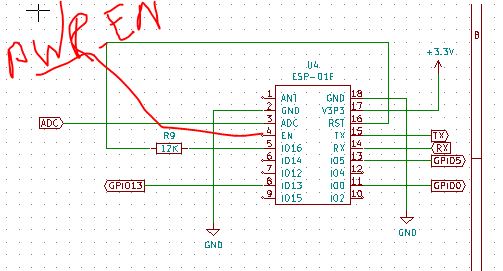 First version of the case.  A few minor tweaks and it will be ready to go.

The wires are just for initial debug. 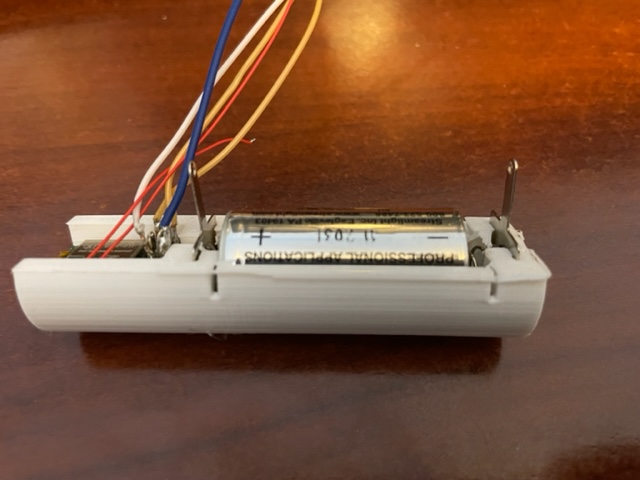 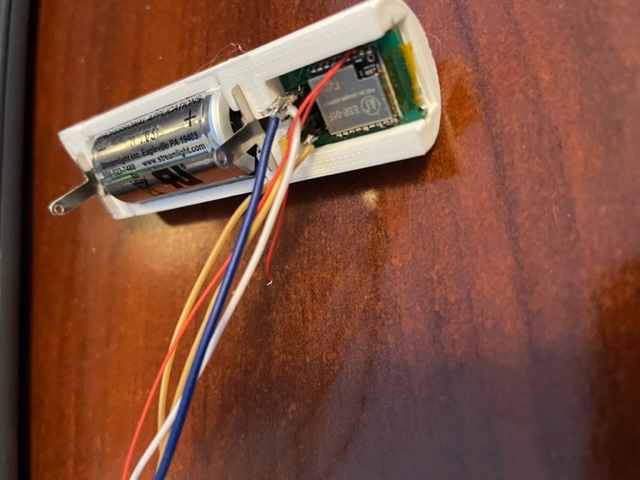